1. General provisons
1.1 The undermentioned statute defines the rules of organisation and conditions of participation in the tournament.
1.2 The Organizer/Organizers supervise the tournament.
1.3 In case of unsettled cases, the Organizer makes the ultimate decision.
1.4 Registration of the team is equivalent with the acceptance of this statute.
1.5 lolserbia.net is the organizer of the tournament.

2. The teams and the registration
2.1 The registration for the tournament is available on https://battlefy.com in the appropriate thread.
2.2 When false data would be given it will result in disqualification from the tournament.
2.3 The registered team consists of five main participants and maximally two substituted gamers. The team should be set up in https://battlefy.com
2.4 The team is obliged to have a captain who would communicate with the organizer and the others captains of the opponent teams.
2.5 The registered participant can represent only one team (penalty 6.4.).
2.6 It is forbidden to play the matches in different line-up than it was given in the registration (penalty 6.2.)
2.7 It is possible to have different levels of the summoner to take part in the tournament but it is needed to have at least 16 characters, because the battles would be played out in Tournament Draft (penalty 6.4.)
2.8 Every player besides the compulsory registration through https://battlefy.com website has a duty to registrate on the official page of the League of Legends (the lack of registration would be equivalent to not receiving the rewards)
2.9 It is forbidden to change the name of the summoner during the tournament and one week after.
2.10 Every participant of the tournament is obliged to behave decently and politely. It is not allowed to use curses, insults and epithets against opposite team and all other people connected to the tournament. (penalty 6.1./.6.2./6.3./6.4.)
2.11 Every team can change maxiumum 2 players before first tournament game. To do the changes contact with an administrator of the tournament.

3. The structure of the tournament
3.1 The registered number of teams take part in the tournament.
3.2 The tournament is played out according to the ladder of single elimination.
3.3 The placing of the teams in the ladder is random.
3.4 The matches are played out in the BO1 system.
3.5 The tournaments are played out in the EUNE server.
3.6 The captains of the teams should be present when the tournament starts.
3.7 The captains should communicate with each other through the chat which is available after clicking on the match in the ladder in the Battlefy server or through adding yourself to the friends list in the League of Legends customers.
3.8 In the tournament the option Match Check-in is turned on, every team has 15 minutes before the match to accept the match. After this time teams have 10 minutes to begin the match.
3.9 In the whole tournament it is allowed to use Placeholders. If a team would like to use Placeholders, capitan should add enemy capitan to a friend list before champion select and communicate about their changes. Otherwise Placeholders won’t be applied.
3.10 Every tournament problems should be reported to our administration on our official Discord.
3.11 The cash prizes will be admitted by PayPal on team captain’s account.

4. The matches
4.1 The effective type of the game is 5v5 Tournament Draft which is available through Tournament Code which is available after clicking on the match in the ladder on the Battlefy service.
4.2 The team isn’t allowed to begin the match incomplete line-up.
4.3 The team can be late maximally 10 minutes after accepting Match Check-in.
4.4 In case of absence of the complete line-up of the team or lateness longer than 10 minutes, you should contact with an administrator of the tournament on our Discord. Admin has have the right to extend the lateness about 2 minutes to provide fair verdict.
4.5 Every team is allowed to have 10 minutes break.
4.6 It is forbidden to use break in the crucial moments such as team struggle. (penalty 6.1./6.2.)
4.7 It is forbidden to use any kind of boosters during the tournament which can result in disqualification from the tournament. (penalty 6.2.)
4.8 The game can be spectated from the room only by players from the roster or official casters of our organisation.

5. The course of the tournament
5.1 The game is created by the Tournament Code which is available in the tournament ladder.
5.2 When the captain of the opposite team comes in, he should be given a possibility to invite.
5.3 The team which has got higher seed plays on the blue side. The team with lower seed plays on the red side. (For example the 4 Seed is higher than 12)
5.4 The winning team would be transfered in the ladder after verifing the result of the match.

This site uses Akismet to reduce spam. Learn how your comment data is processed. 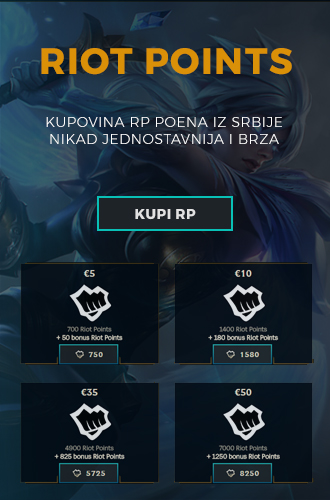